Isle of Wight Round the Island - NP tracing

I traced most of the "official" Isle of Wight "Round the Island" route using Strava, from Cowes to Cowes ( http://www.strava.com/routes/4861546 ). Not all the possible sections are included (some small sections have two possible routes), but most of the route is here, and it's a complete loop, and the distance and elevation are accurate.

Since both the "official" route on BikeMap.net ( https://www.bikemap.net/en/official/2742-round-the-island-route/ ) and on OpenStreetMap (downloaded via http://cycling.waymarkedtrails.org ) seemed to have distance errors when loaded into other websites, and didn't show the elevation properly. 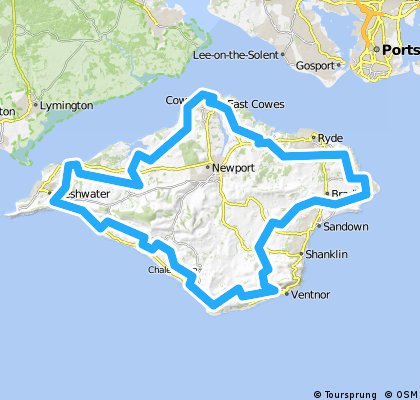