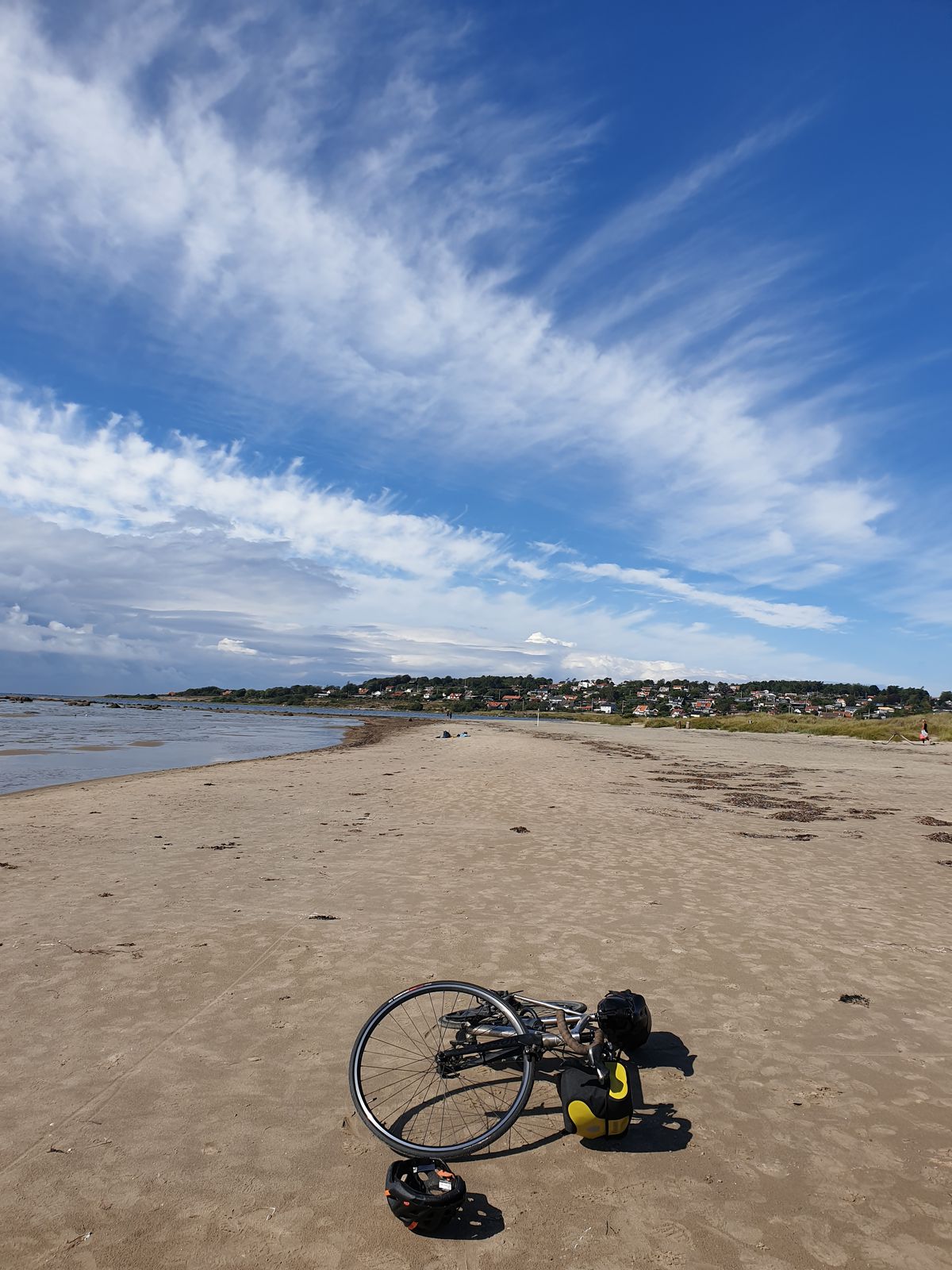 Around the southern coast of Sweden

The summer of 2020 wasn’t exactly perfect for international travel, so instead I started a new project - to bike around the south of Sweden. I started in Stockholm and did a few days at a time, left my bike properly locked at camping sites and with friends, picked it up a few days later and continued. I grew up in the north of Sweden, so this was pretty unfamiliar territory. To my surprise it was way prettier than I had imagined. The challenge is to avoid the highways, but Google Maps delivered, sometimes with a vengeance, through dense pine forests and across military practice fields.

But other parts were absolutely gorgeous. And I will never forget biking across Skåne with strong tail winds along the very south of Sweden.

The western coast of Sweden has excellent bike paths. The Kattegattleden bike trail goes from Helsingborg to Göteborg, and the southern half of that trail is a gem that can be biked by anyone. There are many towns and cities along the way, so it is easy to find accommodation.

My plan is to pick up this project in 2021 and at least bike to my friends in Oslo, then perhaps continue around the southern part of Norway.