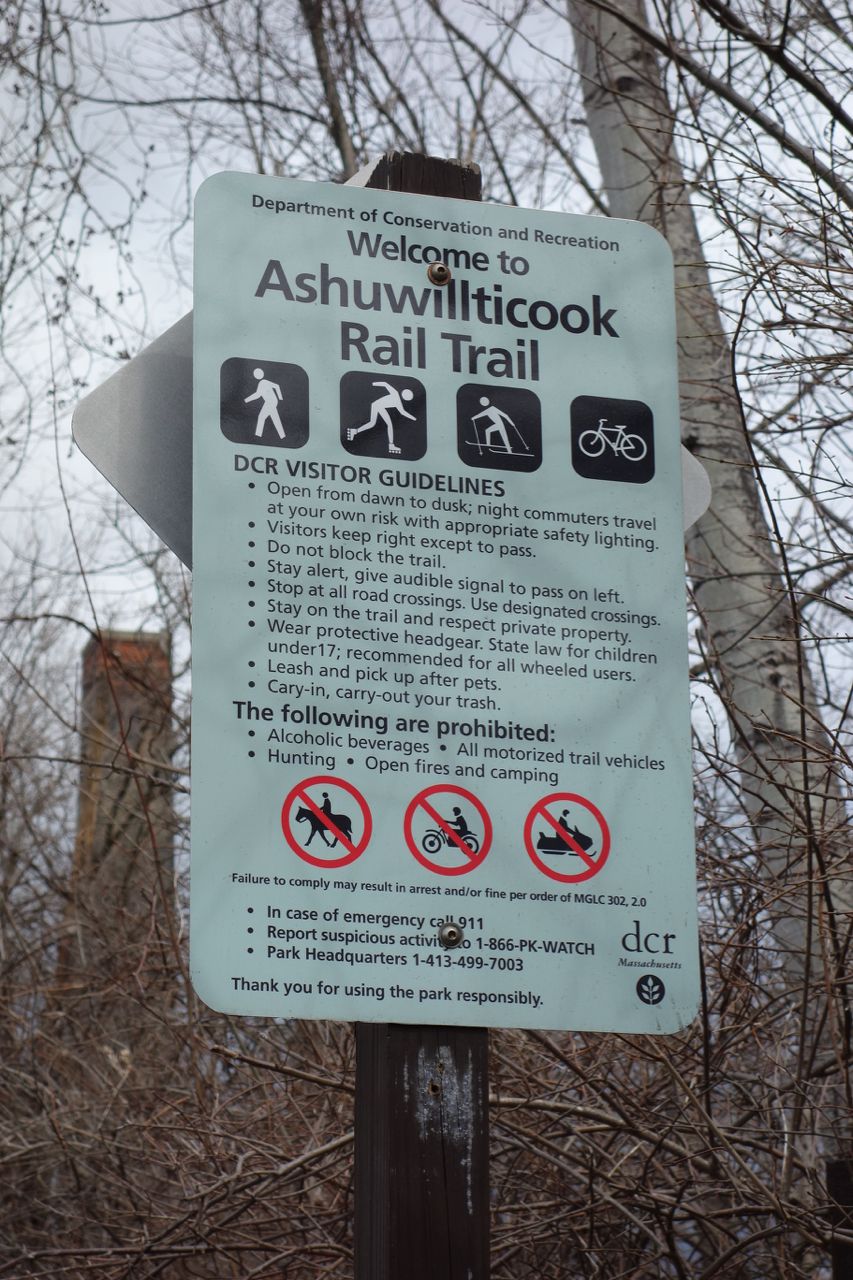 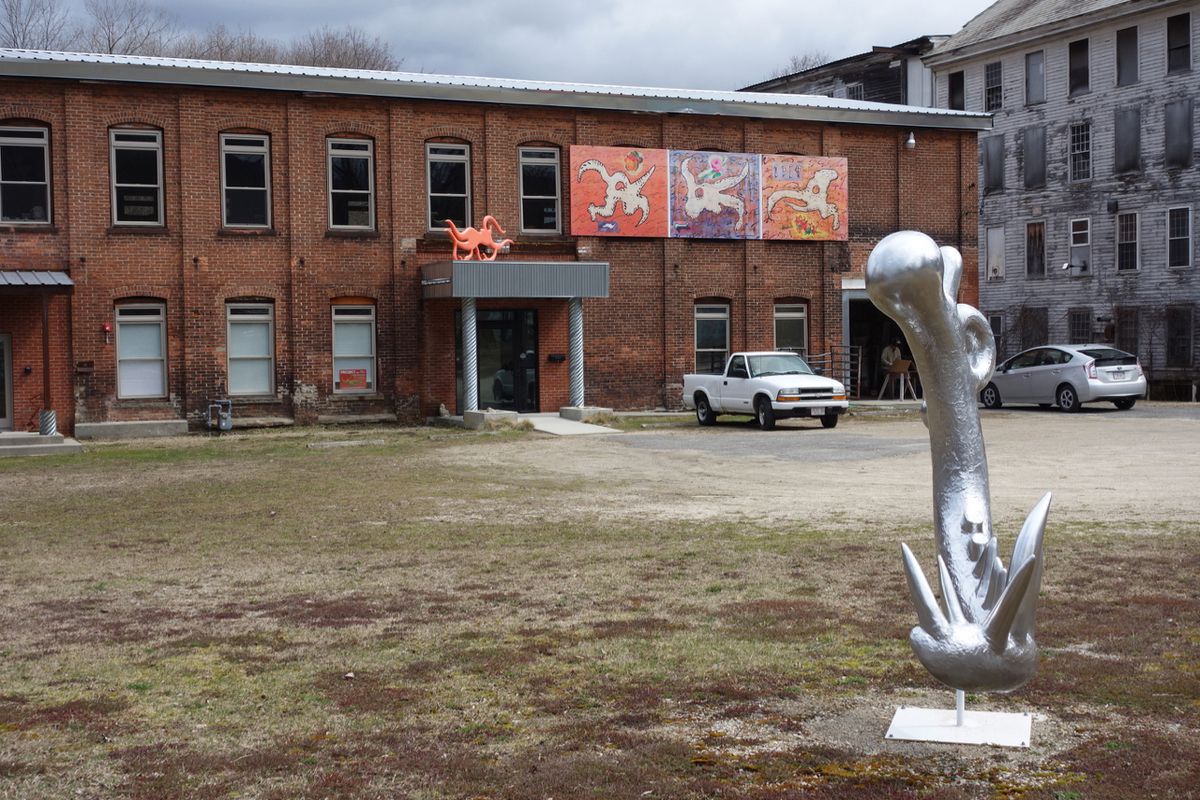 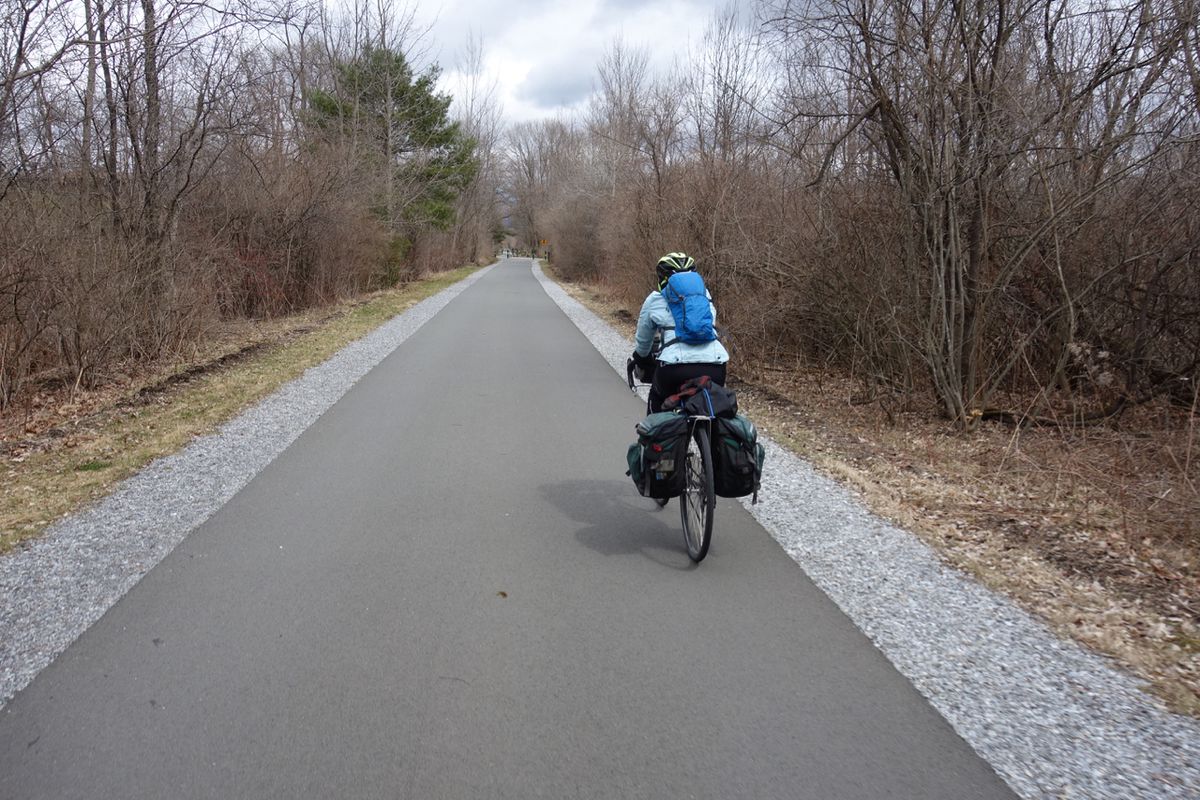 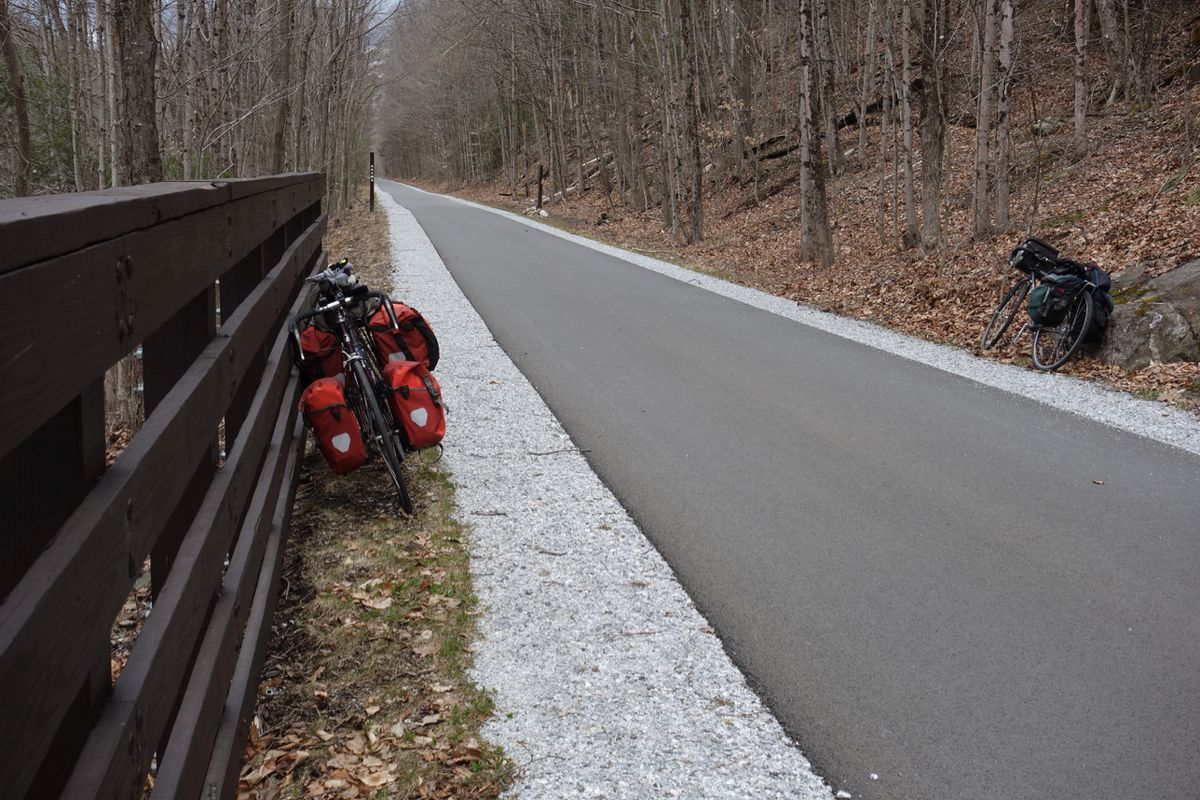 The Western New England Greenway in this portion was mostly along somewhat heavily traveled arterial. So, not great, but there often was wide shoulder.

A really pleasant interlude from all the traffic on State Highway 8 was the few miles that we were able to ride on the Ashuwillticook Rail Trail. This trail appeared pretty new (relatively speaking) and had wonderfully smooth asphalt paving. We would have been overjoyed if it had gone on a lot longer, but it ended just north of Adams. 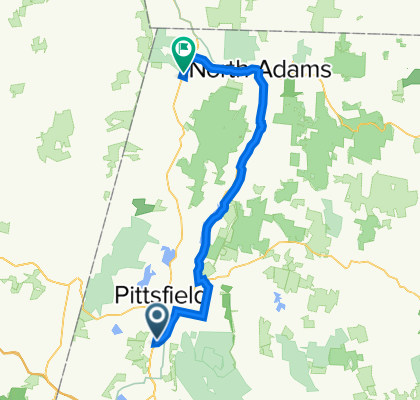