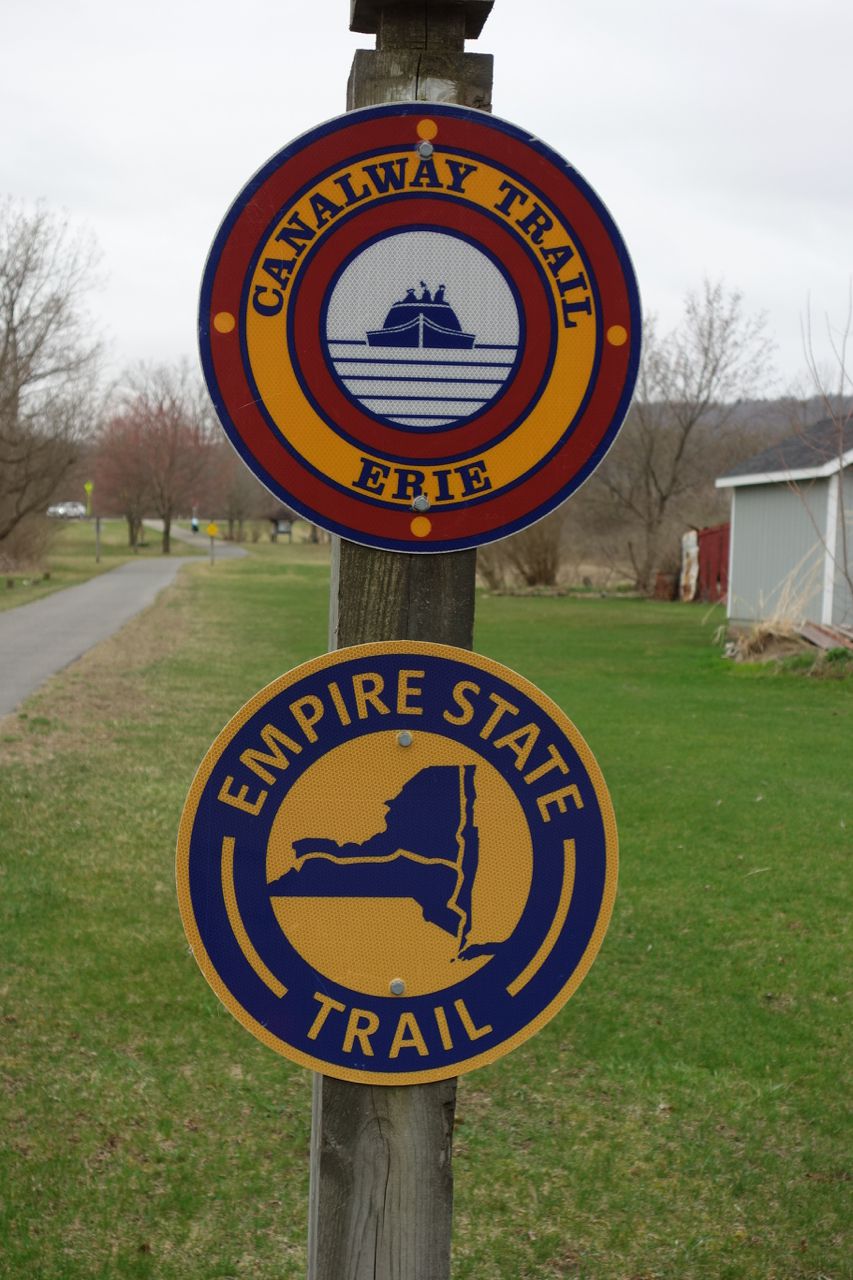 Old Post Road and Malta Ave from south of Saratoga Springs to Ballston Spa was pretty nice. State Highway 67 had mostly good shoulder, but the latter part was nicer scenery-wise than the first part.

From Amsterdam, we were on the Empire State Trail/Erie Canalway Trail. For the first few miles, the paved path was pretty uneven and bumpy. The bulk, though, was prettuy well paved. Toward the end, we had several miles of unpaved trail, that made us feel like we were doing cyclocross. If we weren't getting dumped on with rain, this unpaved section would have been fine. But with all the rain, it was slow going for us. Toward the end before riding into Little Falls, there was a few miles of brand new nicely paved path.

Overall great ride despite our getting dumped on for the last three hours.