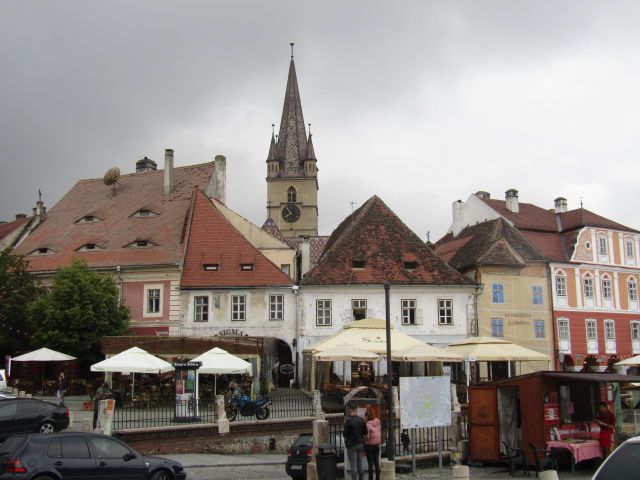 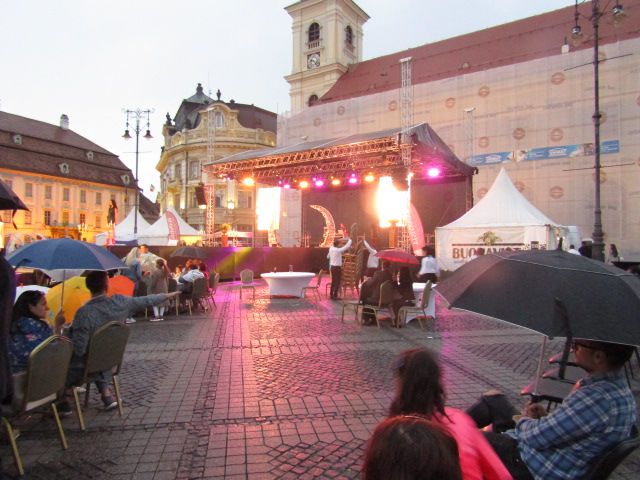 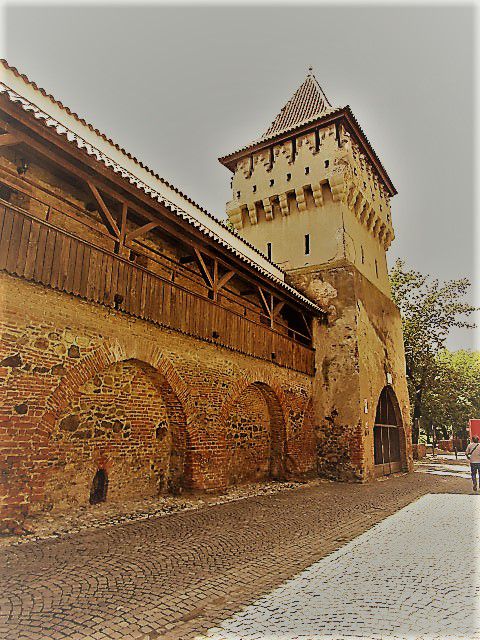 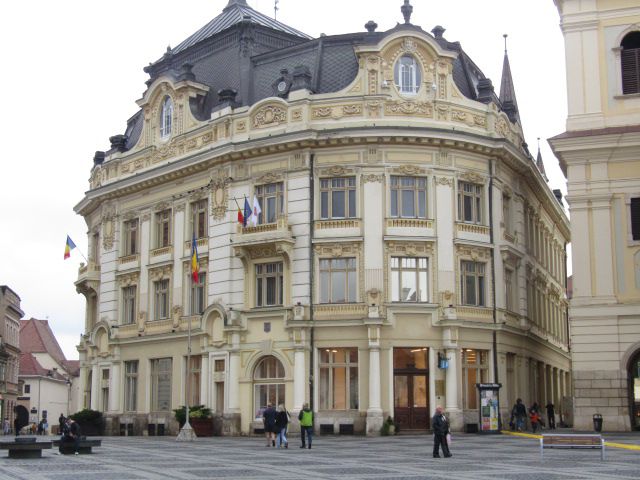 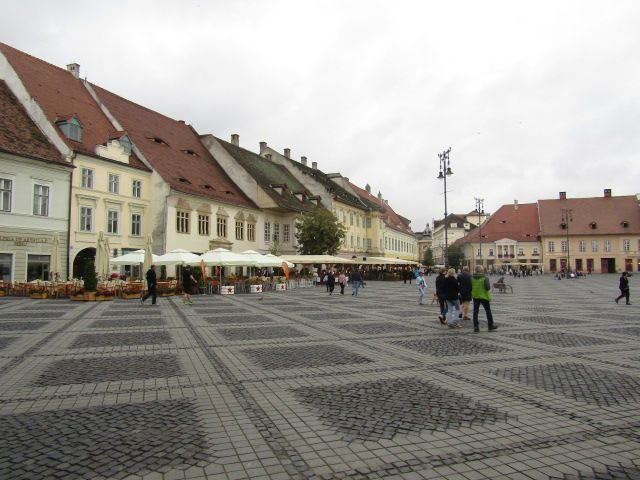 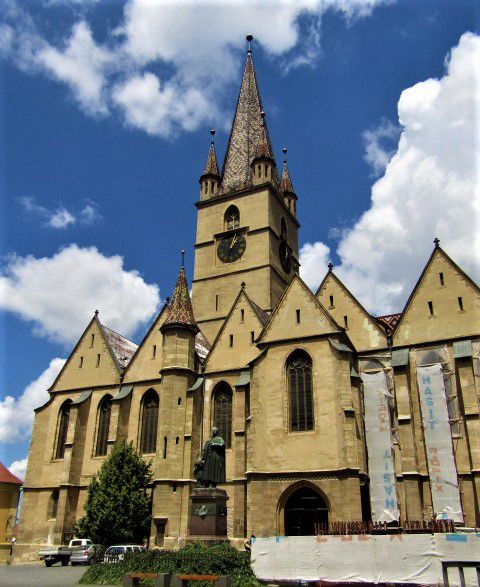 E-81-Paved secondary road in excellent condition. There is lodging and eateries at all the intersecting roads to A1. We did this ride in a rainstorm, hence, no photos. Since there is the A1 freeway parallel to this route, there was very little traffic on our secondary road. Even in the rain, one could enjoy the rolling hills and greenery of this ride. There is one hill of medium significance, otherwise the ride is rolling. Approaching Sibiu, we feared a lot of traffic but at that point there were either good sidewalks with bike lanes or bike lanes in the major streets themselves that get you into the old city quite easily. Sibiu is a gem! 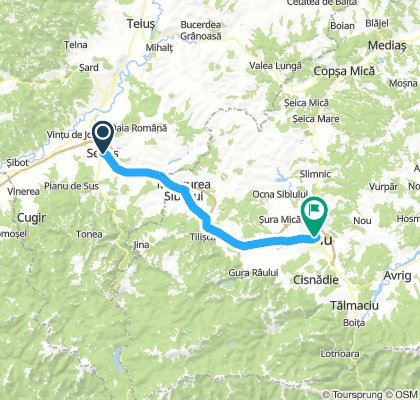