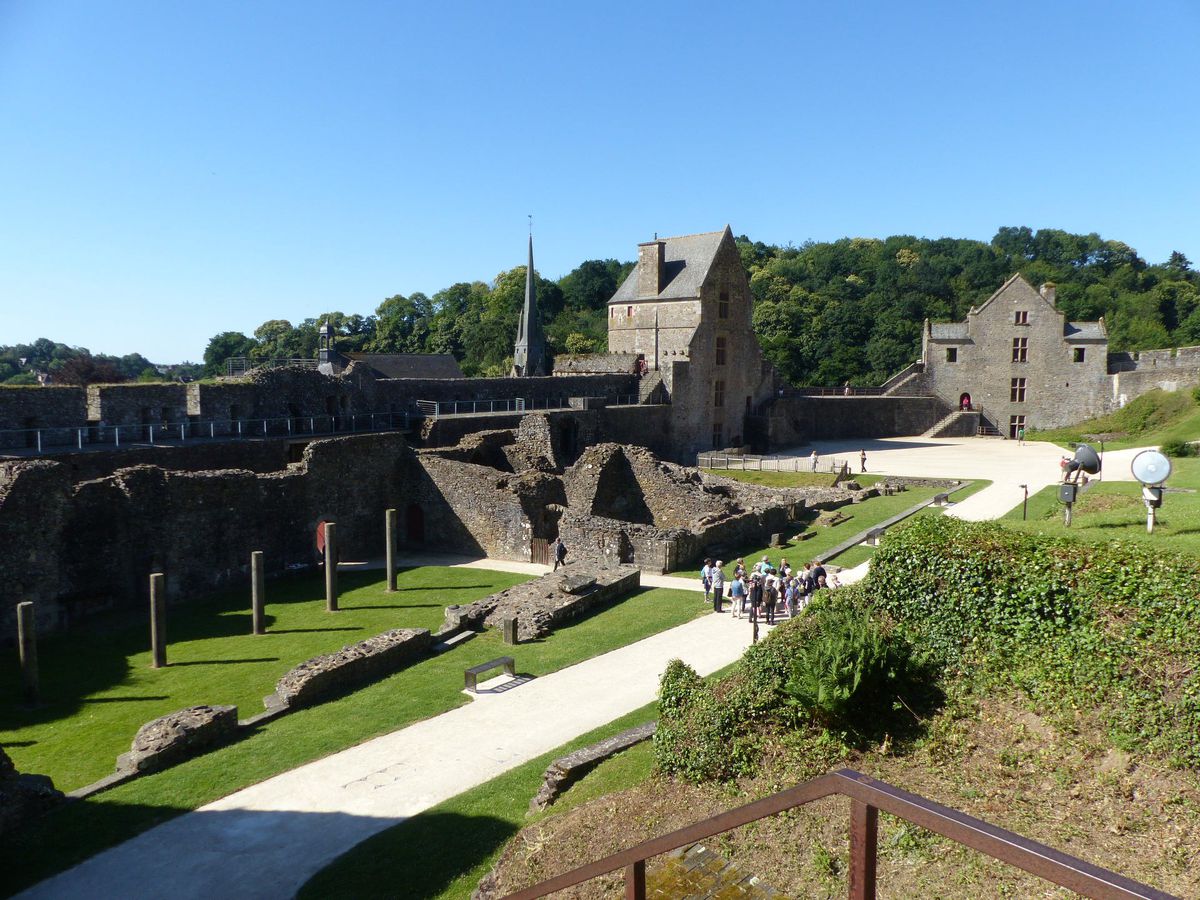 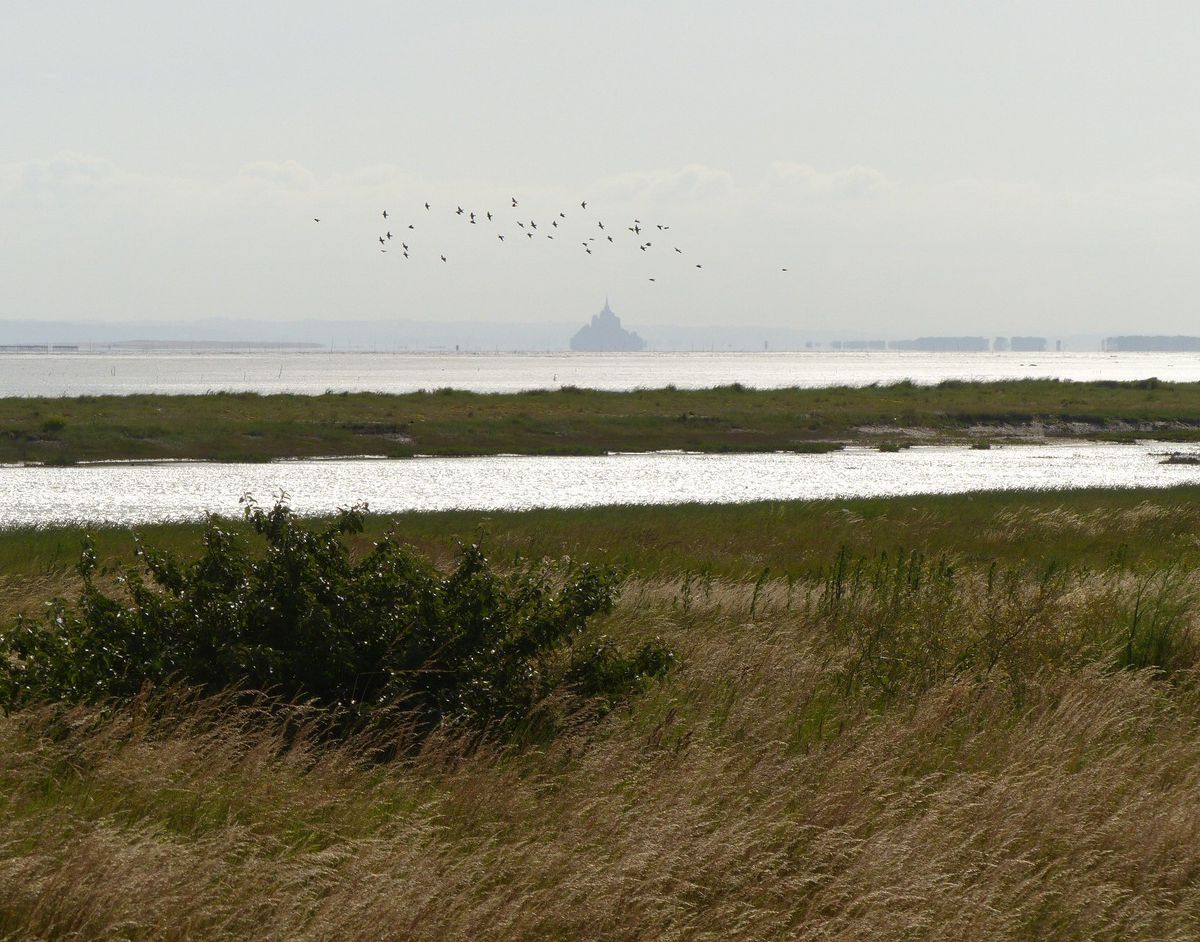 The first stage of a tour of eastern Brittany, inspired in part by a shorter tour published on the Brittany Ferries website. The tour starts from the ferry terminal in St. Malo, having taken the overnight ferry from Portsmout. To cut down the distance to Fougeres, the route goes direct to Mont St Michel bay via main roads instead of using the cycle route. Mont St Michel itself is also missed out, because we had visited it before, but it is not far off the route. The route is pretty flat to the lunch stop at Pontorson, and more hilly thereafter.