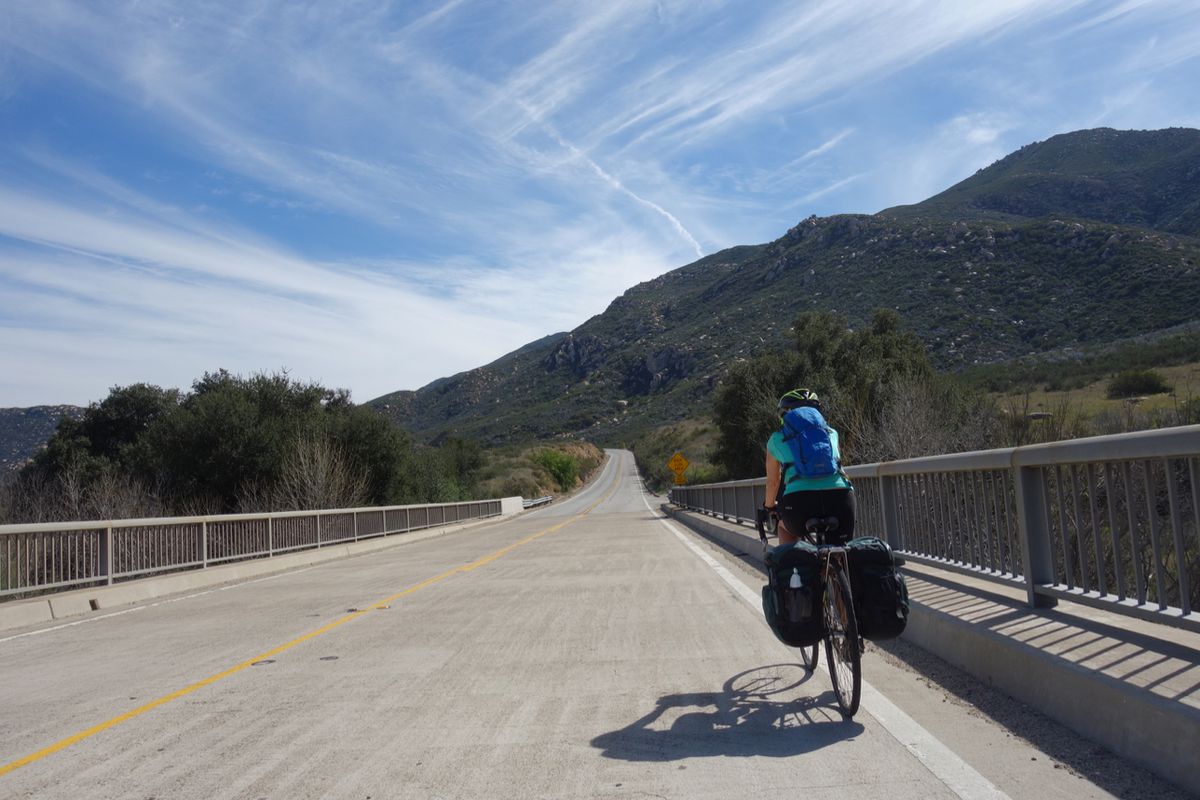 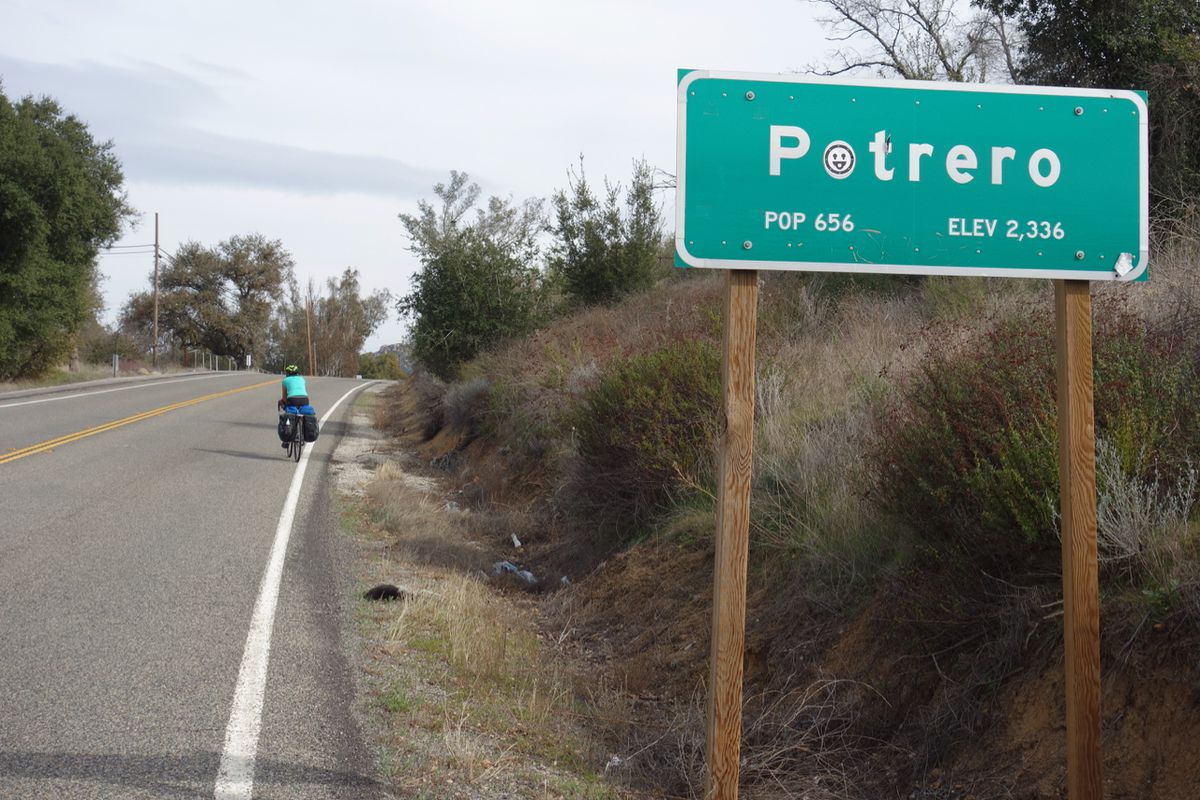 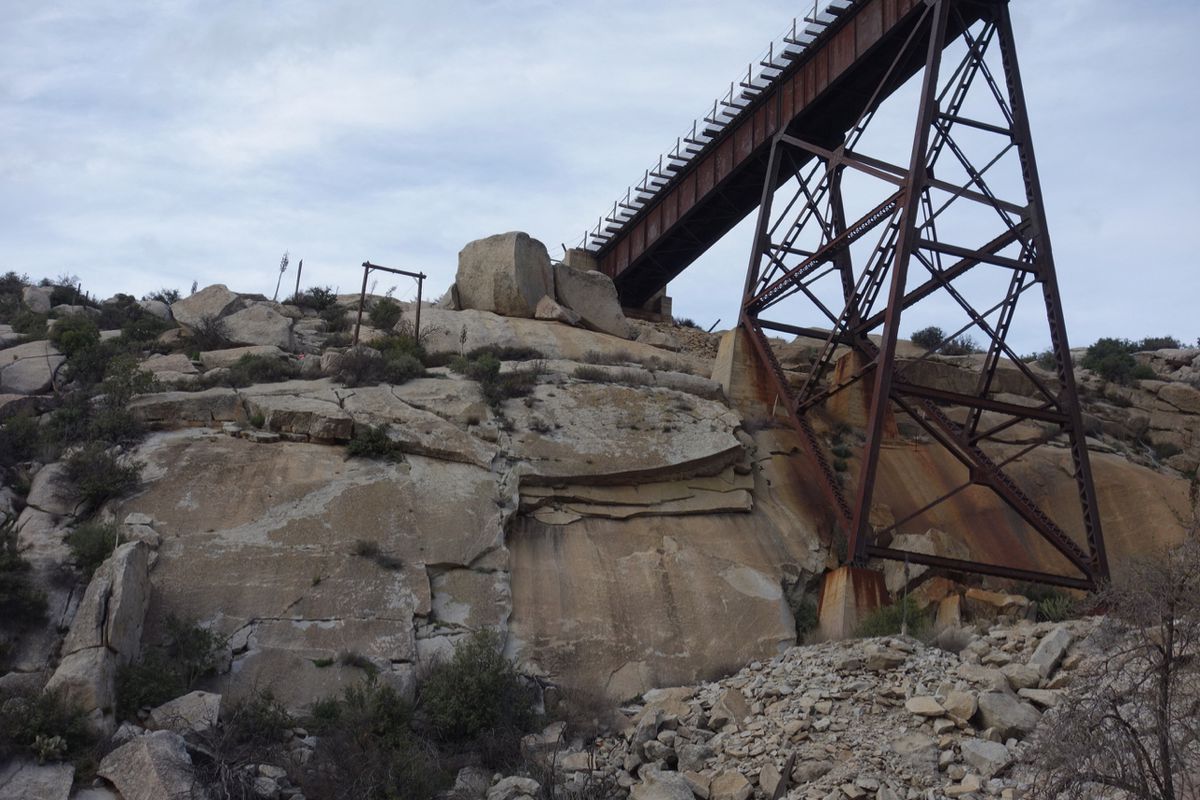 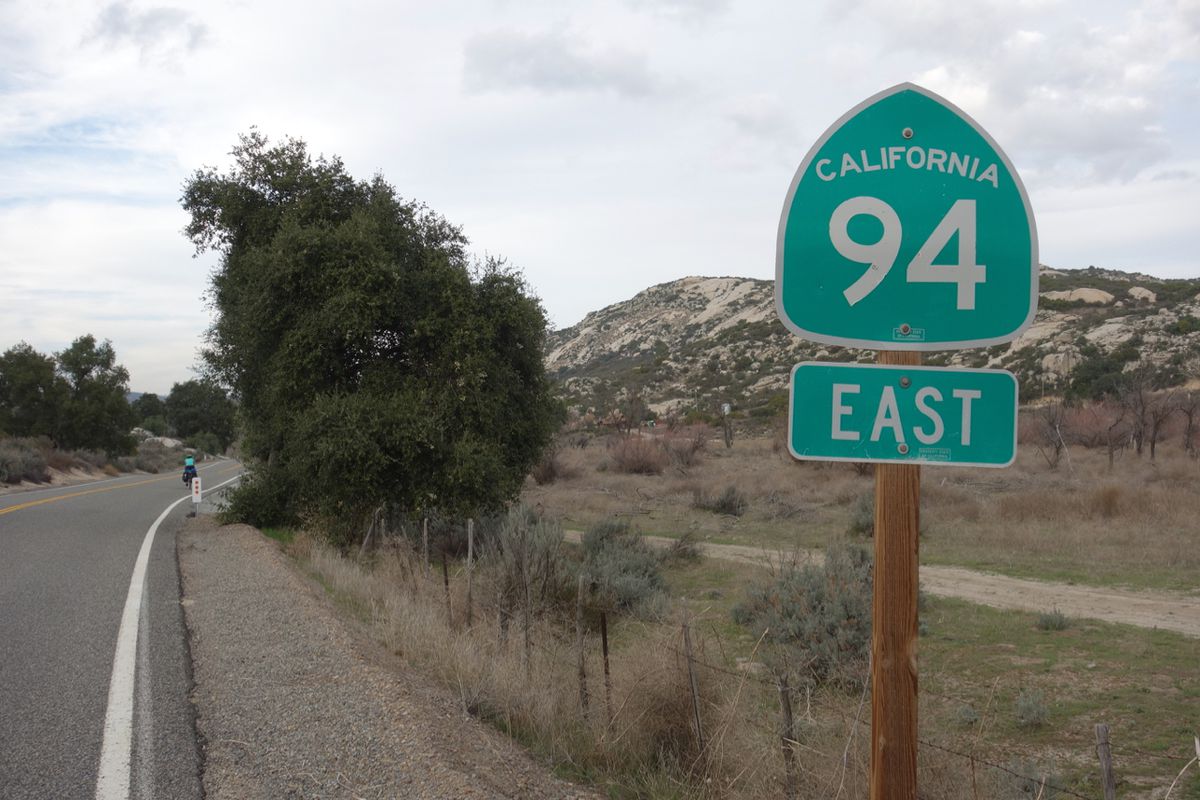 This was one of our hardest rides ever. We had relative heat in the first half of the ride and devoured the heat tablets we use in our water bottles like they were candy. And the climbing felt never ending. For the first time in my memory since Japan in the early 90s, I had some muscle cramping. Fortunately, for the most part, the legs worked OK. Heck of a ride.

Highway 94 was great mostly scenic road. The first half or so, though, had too much traffic. Later, after Campo, it was a great low traffic road. Overall, 94 had good shoulder maybe half the time. On the long climb to Potrero, there was less shoulder than we would have desired. 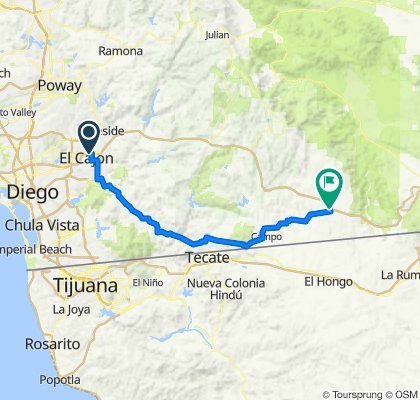