Our own route rather than NCN76 (which we had tried before and didn't like much for the most part); There is a blog post about the ride here.

Intended to cycle back to Edinburgh, but broke a spoke at Pencaitland; decided to divert to the nearest train station (Longniddry) via roads with reasonable to good surfaces, rather than risking more damage or complete break down on the less than ideal surfaces we had planned (the wheel survived the last 10km, but was much more noticeably out of true on arrival, despite very careful cycling). 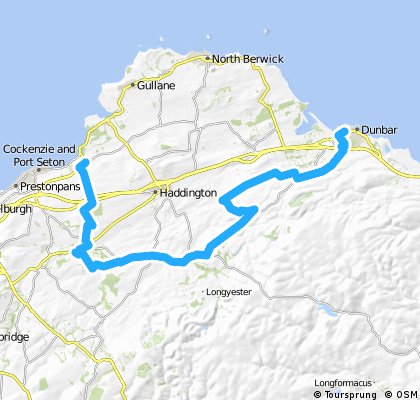