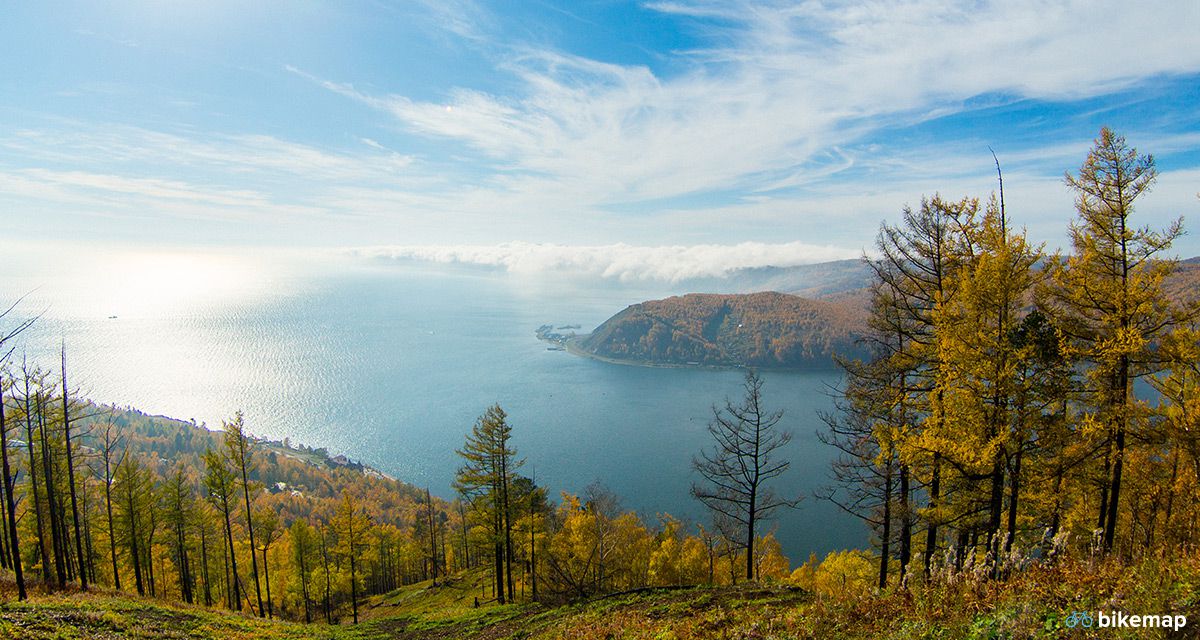 Through the vast Dobrogea

A poorly paved sector (8-10 km) in the first part (from Pecineaga to Amzacea), then from here a lot of head wind on top of a demanding and leg sapping track with a lot of up and downs (there are valleys/bottoms) for about 50 km until Cerchezu (85% of the total ascent is done in this part) - fortunatelly, the head wind stops when you turn the course south.

Between km 60 and 70 you have 3-4 parts when you go downhill on a straight road and perfect asphalt when you can reach easily top speed (I've went 59,8 km/h with a trekking bike without forcing).

On the southern part of the route you have a more steady parcours (that's how I've felt it, although on map doesn't look necesarilly so - maybe the head wind was a very important factor on this aspect). In the second segment of the southern part I've had another spicy thing, a powerful storm formed on the North Sea who came down from north and then heading west which I've encountered at Cotu Vaii (heavy raining- with chunks of ice and a lot of lightning - which was a bit frightening because were some 15 km with quite little covering down the road (few trees and electric. pillars) - I've stopped for half and hour and then still heavy raining all the way back. 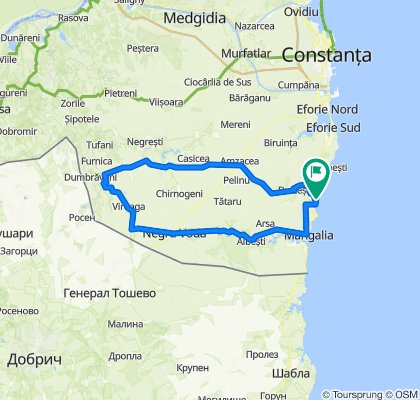