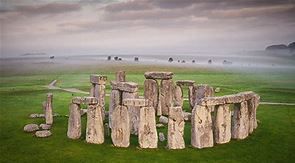 Radroute New Way of the Rings Day 3 Sedburgh to Settle

Way or the Rings – Castlerigg to Ilkley This 114 mile (180km) is the first part of the Way of the Rings, a 444mile ride from Castlerigg stone Circle in the Lakes, to Stonehenge.  It takes the quiet backroutes and National cycle routes.  Occasionally it takes tracks suitable for gravel bikes.  This route has been designed to link Neolithic stone circles, standing stones, caves and rock art.  This Neolithic route could have been the way in which ancient people travelled annually for the feasts and celebrations at Stonehenge.  Archaeological evidence indicates that cattle and pigs from the Lakes and Scotland were slaughtered at  Stonehenge to celebrate the Solstice. The route indicates points of historical and Neolithic interest .  They are not exact locations but representative.    Penrith or Keswick provide the ideal pre-route accommodation for the route, with good transport links with trains from London and the North and right on the M6. The route starts at Castlerigg Stone Circle - A stunningly beautiful place. It follows quiet back routes and National Cycleway 71 towards Penrith, turning south towards Shap, designed ot visit points of Neolithic interest en route.  At Shap –several standing stones, eratics and menhirs line the route, with part of the Stone Rows of Great Britain's entry for Shap Avenue, which includes a description of the Shap alignment, photographs, access information and a plan of the row.   Crosby Ravensworth Stone Row in between Shap and Crosby Ravensworth  The stones are quite prominent: the tallest is 4 feet. A low mound occupies the centre, on top of which are 3 stones.   East of Orton is Gamelands embanked stone circle. An oval enclosure of 40 large stones, all of which have fallen, and three smaller stones. All of the stones are Shap pink granite with the exception of one which is limestone and Rawthey Rock shelter Cave or Rock Shelter in Cumbria Cave used as a shelter in the Bronze age. South of Sedburgh is Yordas Cave rock shelter   The route follows the beautiful valleys of Malam passing Malham Tarn and Ewe Bank Stone circle before dropping down into Malham itself. Great café ‘The Naked Man’ at Settle and worth a stop and maybe a walk to Victoria Cave, a Neolithic stop over!  At Gargrave the route follows the picturesque canal towpath to Skipton. Skipton makes an excellent stop to break the route and has a castle and good pubs. Over 900 years old, Skipton Castle is one of the most complete and best preserved medieval castles in England and is well worth a visit at any season of the year. Visitors can explore every corner of this impressive history-rich castle, which withstood a three-year siege during the Civil War. View the Banqueting Hall, the Kitchen, the Bedchamber and Privy. Climb from the depths of the Dungeon to the top storey of the Watch Tower.   Carlton in Cravon has two standing stones and some rock art. The route comes into Ilkley which is the end of this section.  A walk up onto Ilkley Moor uncovers a plethora of Neolithic sites! 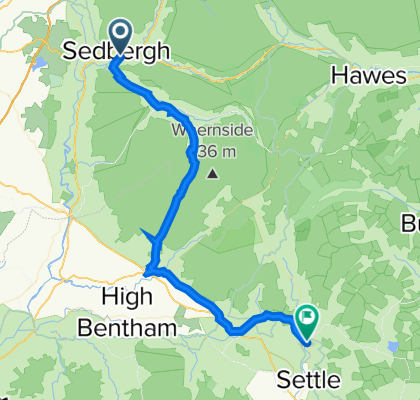