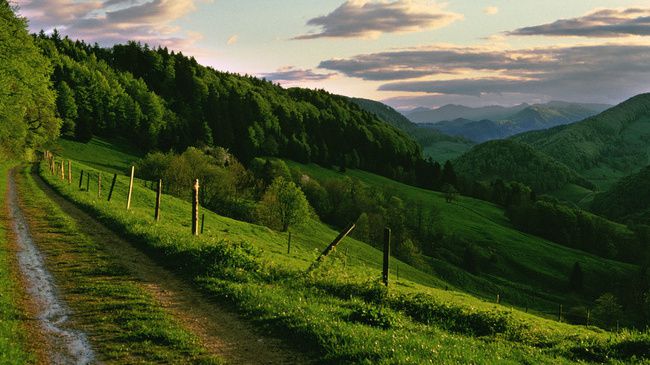 This getaway full of surprises and beginning in Basel follows empty back roads in Canton Basel-Landschaft (known familiarly as the Baselbiet).

Setting off from the Swiss Federal Railways station in Basel, you use the city’s excellent network of cycle paths to escape the conurbation in double-quick time. The countryside starts in Aesch, where you encounter the Birs river before starting the climb to Breitenbach (km 25).  Six kilometres further on, you turn right towards the Nunningerberg (alt. 885m), a delightful 4 km climb averaging 7% which meanders through the woods and offers superb views of the Jura arc. The bustle of the city is by now a distant memory.  The descent amid equally wild scenery is immediately followed by the ascent of the Passwang: 3.3km at 8.5% to reach an altitude of 943m. At the top, a short tunnel brings you to the other side; the descent starts with a series of spectacular hairpins heading towards Balstahl.  You then start climbing gently again to Langenbruck, where the actual ascent of the Belchen pass (alt. 991m) begins. The pass itself offers breathtaking views of the surrounding countryside.  Following a sinuous descent to Eptingen, you head for Liestal and join Basel city’s wonderful network of cycle paths at Sissach. The 103km loop returns you to the railway station.