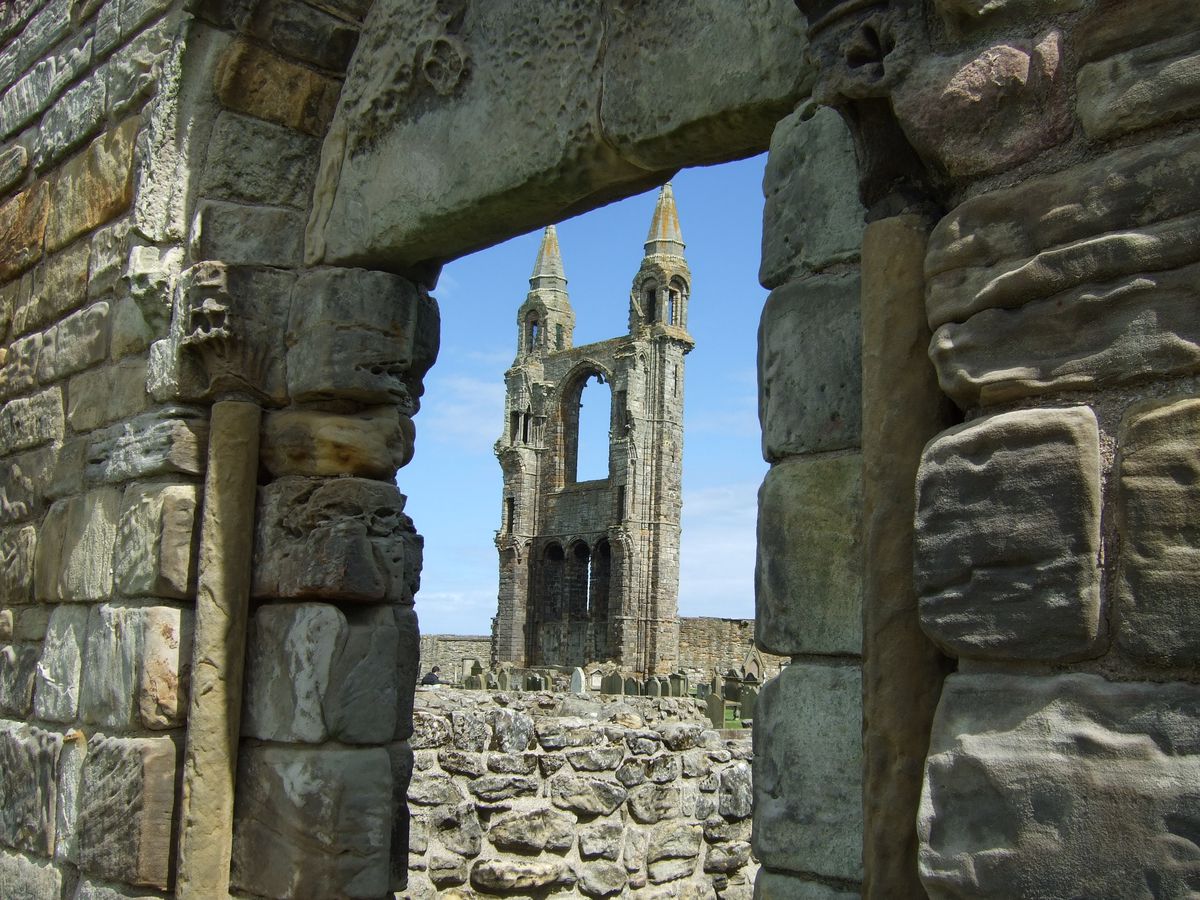 For over 500 years until the Reformation pilgrims arrived to worship at the shrine of St Andrews in the great cathedral consecrated in 1318 by King Robert the Bruce.  Many of these pilgrims arrived at the West Port, the start of this 6km circuit of a historical journey through St Andrews. from the Blue Stone of Pictish days with its magical properties to the beaches famous for the filming of Chariots of Fire.